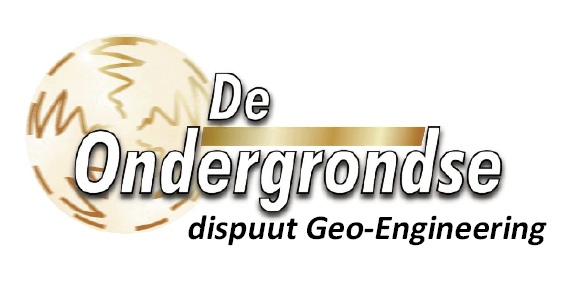 HISTORY OF DE ONDERGRONDSE.
De Ondergrondse was an interfaculty study association that was founded in 1998 by students who foresaw a need in knowledge in the field of spatial planning. De Ondergrondse has since been promoting the exchange of knowledge, not only among its student members, but also between students and the business community. Through a quarterly magazine, The Newsletter, the members were kept informed of the latest developments in the world of the underground space technology and other forms of spatial planning. In addition, during the year by The Underground has organized activities, such as lectures, excursions, a symposium and a short trip abroad.

In particular, we have focussed on students from disciplines as Architecture, Civil Engineering, Technology, Policy and Management, Mechanical Engineering, Applied Earth Sciences and for anyone who is interested in multiple use of space. The integration of different disciplines has been a major strength of De Ondergrondse.

The DIG and now De Ondergrondse has a seat on the board of the professional association for Engineering Geologists, the Ingeokring. Together with the Ingeokring regularly organized excursions to locations or companies interesting for Engineering Geologists. In the past few years companies like Boskalis and Vryhof has been visited together and excursions of several days are organized to the Ardennes and Germany.

In addition to these trips, every other year a trips were organized to countries that are leading in the field of Engineering Geology. The US, Turkey, China, Japan and South Africa have been among the destinations.